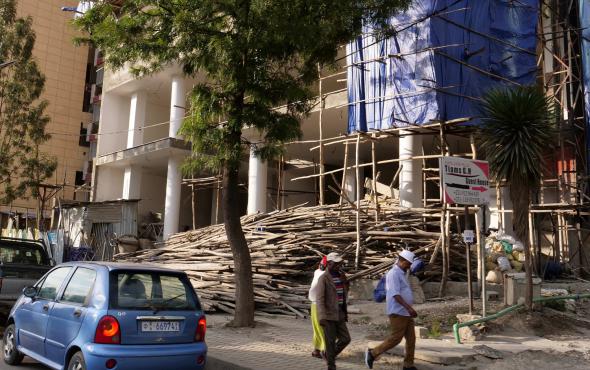 Back to stories
Ethiopia

In transit in Belgium

John is one of many migrants who have made a perilous journey to reach Europe. While his choice to return to Ethiopia was successful, recent upheavals have changed the situation.

Four years ago, John left Ethiopia in search of a better future. Accompanied by his uncle, he embarked on a long journey through Sudan and Libya, finally arriving in Europe via the Mediterranean. Their goal was to reach England. Crossing Libya and the sea was a traumatic experience. He thought about turning back on several occasions, but he was not willing to take that risk.

His journey eventually led him to Belgium, where his chances of reaching England proved to be almost non-existent. Like other migrants in transit, he lived on the streets and hung around train stations. Fortunately, a Belgian family opened its door and took him in for a while. Disillusioned, and alarmed by the news that his mother was unwell, he finally decided to return to Ethiopia.

When John returned in 2019, his mother welcomed him with open arms. His priority was to find a job to support them. With Caritas International, he looked at what was possible: the idea of starting a chicken farm with his mother was too expensive, so he decided to invest in his brother's clothes shop.

But he had a Master's degree in construction engineering, and his dream was to forge a career in the sector. A few months after his return, he landed a job in the capital. As Addis Ababa was a long way from the family home, he decided to rent a room close to his work. He was living the life he had always wanted: independent, with a job in construction.

With the arrival of the coronavirus in Ethiopia in 2020 and the lockdown measures, John could no longer work on construction sites and eventually lost his job. He returned to his mother's and tried hard to find odd jobs. But the rainy season added to his problems. Every year it prevents construction work from being carried out in the country. With the partial cessation of activities and the economic slump that COVID-19 has brought to the country, John feels as if he is back to where he was before he left for Europe.