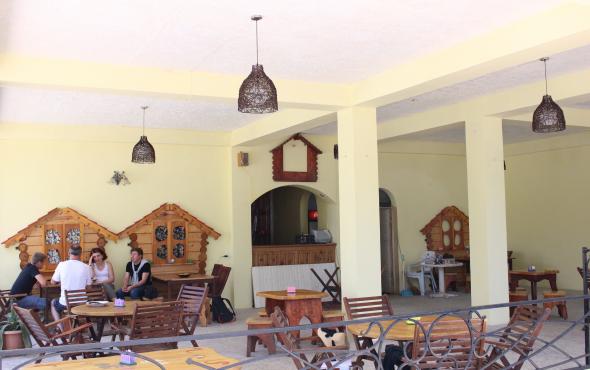 Back to stories
Georgia

Takeover of the family restaurant

David came to Belgium in November 2011 because of the unstable situation in his home country, Georgia. After a stay of three years, David decided to return home voluntarily, because the situation in Georgia had stabilized. David’s parents live at Georgia’s seaside and they used to have a restaurant before David left for Belgium. But they closed it when he left, since most of the business’s equipment was sold to finance David’s trip to Belgium.

Before returning home, David explained that he was willing to invest in the restaurant and to reopen it during the tourist season. As his parents invested a lot in David’s migration to Belgium, he wanted to give them something back after his return. During his three-year absence the restaurant has remained closed, and his parents’ only income came from renting out rooms.

Thanks to Belgium’s reintegration support, David has been able to reinvest in the restaurant, and reopened it since. Most of the people living at the Adjara seaside need to earn their main income during the three months of summer (given the high number of tourists during this period), so the restaurant has been reopened twice: during the summer of 2014 and 2015.