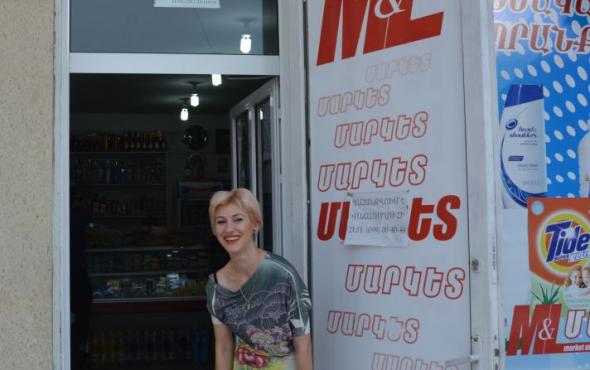 Back to stories
Armenia

Livestock and job at a food store

In 2009, at the age of 20, Narine decided to join her brother who at the time had been living in Belgium for several years. However, shortly after her arrival, her brother was deported and Narine had to rely on herself. She underwent an asylum and regularisation procedure and gave birth to her daughter Angela in 2012.

After two years she still hadn't managed to receive a long-term legal residence permit and the recognition procedure of the Belgian father of her daughter took a very long time in court. That is when she decided to return to Armenia. Through her social worker at CAW Antwerp she received information on the possibilities of the voluntary return programme. A counsellor of IOM Brussels visited her to map out what the concrete situation and her needs upon return would be.

Investment in the family's Livestock business

At the beginning of December 2014, Narine returned to Armenia, where she was warmly welcomed by her parents and brother. As she didn't have her own place, she moved in with her parents. She is still living there. Narine is happy that she has her parents' help at raising her daughter Angela and this is the main reason she thinks it was a good decision to return home.

Upon arrival she got in touch with IOM Yerevan with whom she discussed her future plans. At first Narine wanted to purchase a taxi to rent out, but after discussing this with her family and the IOM business counsellor, she decided to invest in her family's livestock company. According to the IOM coordinator responsible for the Micro-Enterprise Development (MED) project in Armenia, investments in agriculture and small services are the most sustainable.

Complementary job in a shop

Meanwhile, Nadine has found a job in a vegetable shop where she is responsible for stock management and maintenance. It's hard work and the wage isn't high, but now she is able to meet the everyday needs of herself and her daughter.