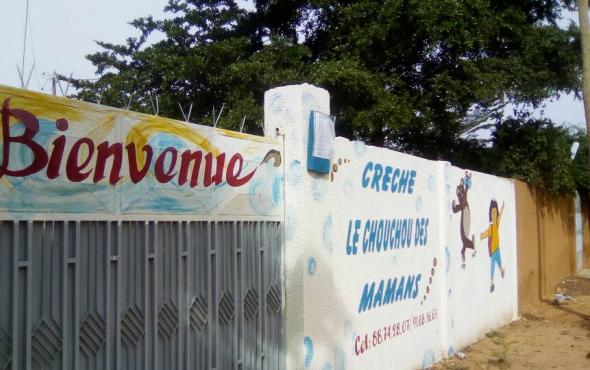 Back to stories
Niger

After seeking for a steady job for a long time in Niger, Amsatou came to Belgium in November 2016. However, she rapidly suffered from a lot of stress.

Via her social assistant from the Croix-Rouge, she turned to the IOM to discuss her return. During this accompaniment, it turned out that Amsatou had different possibilities of projects in mind in her country of origin. She wanted to invest in a day-nursery or to open a sewing shop. She had experience in both fields and was really motivated.

After her return in February 2017, Amsatou went to the IOM in Niamey. During this meeting, she decided to open a day-nursery that she called ‘Le chouchou des mamans’. There were not many day-nurseries in the neighbourhood yet and Amsatou loves working with children. With her own financial means and the help of Fedasil and the IOM, she quickly found a location and the equipment needed.

Today, Amsatou is very happy with the support she received for her project. The meetings with the IOM before her departure gave her a good overview of the possibilities. She also found the guidance on-site very valuable. It helped her to carry out her project and to invest wisely.

Amsatou’s day-nursery grew quickly in popularity. Many families from the neighbourhood rely on it and Amsatou could hire extra staff. She herself is very satisfied with the result of her reintegration.